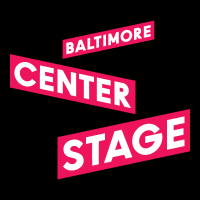 Baltimore Center Stage to Present the World Premiere of SOUL The Stax Musical
May 3 – June 10, 2018
Baltimore Center Stage has announced the final play of the 2017/18 season. SOUL The Stax Musical is a world premiere which tells the story of Memphis, Tennessee based Stax Records, its impact on the American cultural landscape, and the launch of iconic artists who created the foundation of what we know today as soul and rhythm & blues music. Directed by Kwame Kwei-Armah and produced in association with Stuart Benjamin and Concord Music, SOUL The Stax Musical will feature the music of such legendary acts as Otis Redding, The Staple Singers, Isaac Hayes and others. SOUL The Stax Musical celebrates how music played a role in bringing Americans together during the early years of the Civil Rights Movement, and continues to bring generations together, from those who remember the early days of R&B, to those who have discovered the phenomenal impact of Stax Records and its artists through recent interpretations of their iconic catalog. A full cast and creative team announcement will follow.
What: SOUL The Stax Musical
Book by Matthew Benjamin
Directed by Kwame Kwei-Armah Produced in association with Stuart Benjamin and Concord Music
When: Performances Begin May 3, 2018
Where: Baltimore Center Stage – 700 North Calvert Street, Baltimore, MD 21202

About Baltimore Center Stage
Baltimore Center Stage is a professional, nonprofit institution committed to entertaining, engaging and enriching audiences through bold, innovative and thought-provoking classical and contemporary theater. Named the State Theater of Maryland in 1978, Baltimore Center Stage has steadily grown as a leader in the national regional theater scene. Under the leadership of Artistic Director Kwame Kwei-Armah OBE and Managing Director Michael Ross, Baltimore Center Stage is committed to creating and presenting a diverse array of world premieres and exhilarating interpretations of established works. In 2017, the theater completed a $28 million building renovation that created more opportunities for art making and community building, with new public spaces to gather before and after shows and state-of-the-art performance spaces with the best in theater design and technology.
Baltimore Center Stage believes in access for all—creating a welcoming environment for everyone who enters its theater doors and, at the same time, striving to meet audiences where they are. In addition to its Mainstage, Off Center and Family Series productions in the historic Mount Vernon neighborhood, Baltimore Center Stage ignites conversations among a global audience through digital initiatives, which explore how technology and the arts intersect. The theater also nurtures the next generation of artists and theater-goers through the Young Playwrights Festival, Student Matinee Series and many other educational programs for students, families and professionals.