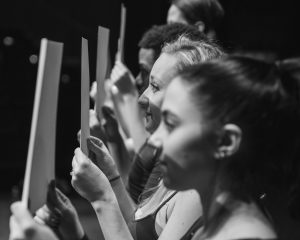 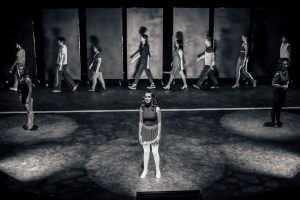 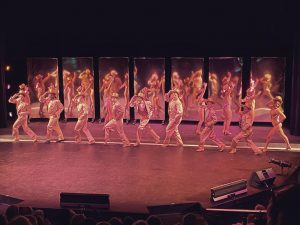 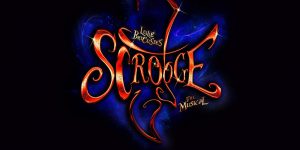 Well, it’s about that time of year again, and holiday shows are abound. Some new, some old, some fresh looks at old stories, and so on and so forth. I’m sure at one time or another, we’ve all heard the story of Ebenezer Scrooge and the three ghosts of Christmas (past, present, and future), and the story finds its way into our lives, even if we don’t know it by heart. This season, Scottfield Theatre Company has decided to join the fray and present Scrooge! The Musical, by Leslie Bricusse, based on and taken directly from the 1970 film Scrooge. This production is Directed by William Price, with Music Direction by Dominic LaFrancesca, and Choreography by Becky Titleman. It’s a delightful telling of the classic A Christmas Carol by Charles Dickens that should hit the spot during the holiday season. 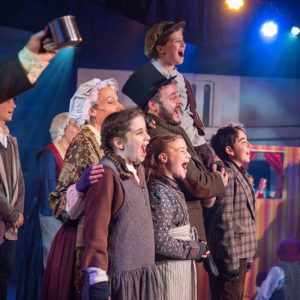 I’ve got to admit, Bricusse’s adaptation isn’t really my cup of tea. For being such a classic story, the book just drones along and the music is, in a word, uninspiring with sing-songy nursery rhyme melodies and lyrics that are a bit too on the nose, limiting the songs. Little jokes peppered in fall flat and the attempts of humor and updating the dialogue a bit end up just being annoying. However, this is by no means a reflection on the ensemble. This ensemble gives an admirable performance and they are dedicated to the material, however droll it is. Kudos to the entire ensemble for pushing through and giving a wonderful performance.

Set Design by Director William Price is simple, but exquisite. The backdrops and unit set pieces are well designed and executed and puts the audience smack dab in the middle of Victorian London and Price is to be commended for his design as well as kudos to Jimmy O’Burrill for his Set Painting and Construction. It’s authentic design with attention to detail that is quite impressive.

Another challenge for period pieces is wardrobe but Gay Lynn Price has tackled and overcome that challenge with her impeccable Costume Design. Price has managed to wardrobe every character, featured or ensemble, with period fitting clothes that adds great value to the production, overall.

Music Direction by Dominic LaFrancesca is impressive and he’s worked quite well with this ensemble. The music, as stated, is nothing spectacular, but LaFrancesa has this ensemble on point with near perfect harmonies soaring throughout the theater. Each featured number is well-rehearsed and even with recorded music, the performances are on spot on. Kudos to LaFrancesca for his efforts in this production. 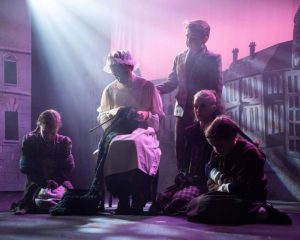 Becky Titleman tackles Choreography for this piece and there are a lot of upbeat, fun numbers that require choreography, but unfortunately the dancing, overall, seems a bit lackluster. The ensemble seems to be having a blast with the dancing and they are superb in their performance, but from the audience, it just fell a little flat. There is a lot of unison moving without a lot of variety but, again, the ensemble’s performance keeps it entertaining and Titleman seems to know her cast and creates choreography that helps them shine.

William Price, who takes the helm of this production, seems to have a clear vision and a tight grasp on the material, and though the production as a whole is entertaining, it is stagnant at times with bouts of what I call “stand and bark” with not a lot going on, especially during the music numbers where there are opportunities for choreography. There are points when there the stage is a little too full, but at least the actors have something to do, however, sometimes, less is more. Transitions are smooth and simple, keeping the pacing up nicely. Price’s understanding of the material is clear and his staging, if at times a bit tedious, is charming and makes for a good showing. 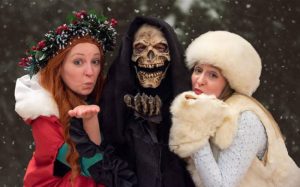 The Ghosts of Christmas Past, Present, and Future. Photo: @machpe

The entire ensemble is into this production and it definitely shows that that are enjoying themselves, which is really what it’s all about. To mention a few Ariel Edler as The Ghost of Christmas Past makes a fantastic showing with good character work and a beautiful voice that resonates through the theater, especially on her featured number, “Love While You Can.” In the same vein, Elizabeth Marion shines as The Ghost of Christmas Present with a great command of the stage and good comprehension of her role. She has a natural delivery of the dialogue and embodies this role and her featured vocal parts in “Finale Act I” keep the audience interested and engaged. Finally, Josh Hannas, portraying The Ghost of Christmas Future, didn’t have much to do but appear and point, he still gives off a sinister air and the costume is on point (high-five, Gay Lynn Price)! A few honorable mentions include Phil Hansel who plays a ghostly Jacob Marley with a strong vocal performance of his featured number, “Make the Most of This World.” Also, Charlie Johnson as Nephew and Young Scrooge gives a good showing, but can be a little scripted at times, but overall gives a strong performance. We mustn’t forget the Cratchets, played beautifully by Hayden Floros and Lisa Rigsby, who have great chemistry and work quite well together.

A highlight in this production is a young Erin Acerno, who takes on the role of Kathy, Bob Cratchet’s daughter and seemingly closest sibling to Tiny Tim. This young lady hits the ground running with this role and knows her way around the stage. She takes this character and makes it her own and, vocally, she’s a powerhouse. Her clear, strong vocals rings throughout the theater and her featured vocal parts makes one stand up and take notice. I’m looking forward to seeing what this young lady is going to accomplish, theatrically.

The standout in this production of Scrooge! The Musical is James Fitzpatrick, who takes on the titular role of Ebenezer Scrooge. Fitzpatrick was born for this role. He completely embodies this character and it’s a good fit for him. It’s clear to see he’s giving 100% and then some for his performance and it pays off. He’s a joy to watch as the crotchety old miser and his transition to the kindly, enlightened man at the end of the story is clean and believable. His comedic timing is spot on and his grasp of this character makes for a brilliant performance. Vocally, Fitzpatrick shines, especially in his featured numbers such as the humorous, “I Hate People,” and poignant “I’ll Begin Again.” Fitzpatrick is certainly the one to watch in this production.

Final thought… Though this particular adaptation was not my cup of tea, it’s still a good presentation of the timeless Dicken’s story. It stays in the time period and the story itself is a classic but the book, music, and lyrics just fall flat in this telling, and the recorded music takes away from the energy of live theatre that may have helped give this adaptation a boost. That’s not to say that the performances aren’t spectacular, because they certainly are. Every ensemble member gives 100% effort and the production, overall, is polished and very entertaining, but there’s only so much you can do with lackluster material. However, ‘tis the season for this lasting tale and Scottfield gave their all making for a delightful evening of theatre.

This is what I thought of Scottfield Theatre Company’s Scrooge the Musical… What did you think? Please feel free to leave a comment!