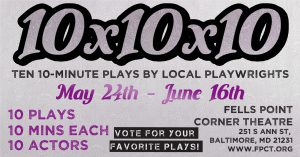 10-minute play festivals are popping up all over the place these days. It’s become a little easier for authors to present their work to the public in both short form and feature length, but Baltimore just seems to have a knack for such things. Fells Point Corner Theatre has been presenting their 10x10x10 for a few years now, and have not disappointed. They choose relevant, entertaining pieces to produce and always acquire a superb cast of 10 actors to perform them. With no specific theme, they still manage to gather a group of plays together that fit nicely with each other and present the talents of the author, director, and performers.

Starting off the evening we have Harmony, Fix My Life, written and Directed by Christen Cromwell, with Grace O’Keefe as Kamryn, Shamire Casselle as Harmony, and Rob Vary as Simon. This was a fun way to start this 10-minute play presentation and Cromwell has written a light-hearted but serious piece about the responsibilities of men and women and newborns in today’s world. Rob Vary, though a bit subdued and scripted, pulls off the role of the young father nicely and seems to understand the message his character is trying to send. O’Keefe gives a natural performances as the young, tired mother, but the highlight of this piece is Shamire Casselle who shines as fairy godmother. Her high-energy and natural delivery of the dialogue keep the piece engaging and entertaining making for a great showing all around. 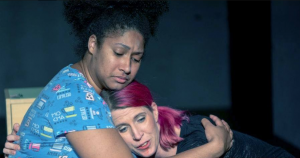 Next, There is No More Left of Me After This by Jen Diamond, Directed by Betse Lyons with Karen Shantz as tina and Jenn Skarzynski as Kat is a surreal piece about coming to terms with death and whatever fate has in store for you. It’s a downer, but well written and Lyons’ staging is simple with great character work. Shantz and Skarzynski tackle these two tough roles naturally and confidently tell the short story superbly. Diamond has crafted a relaxing, but thoughtful piece that leaves the audience thinking.

Easily, one of my top choices of the evening, Reasons for Separation by Isaiah Harvey, Directed by Christen Cromwell, with Shamire Casselle as Shay and Jared Michael Swain as Marc, is a fast-paced, well-crafted piece that smacks you in the face with no apologies. It’s a current, relative story of divorce and what people go through during it, with real characters that Casselle and Swaine seem to embody and bring to life effortlessly. They have great chemistry and it helps the material immensely.

Things We Talk About at 4:00 in the Morning by Erica Smith, Directed by Betse Lyons with Jenn Alexander as Spencer and Dana Woodson as Terry is an interesting and entertaining piece about a young couple dealing with an illness in on of the young women. The twist is quite interesting and Smith almost had me fooled, until I remembered the time in which we live and what’s big in popular culture these days. Alexander and Woodson have great chemistry and portray these characters with feeling and high emotion. Lyons’ staging is simple, but effective and makes for an all around good showing. 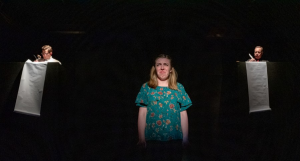 Ending out the first act, we are presented with UH: A Brief Musical by Utkarsh Rajawat, Directed by Donna Ibale with Tom Piccin as Demon, Christian O’Neill as Angel, and Karen Shantz as Person which, I have to say, is not on my list of favorites. However, Piccin, O’Neill, and Shantz give stellar performances and Ibale’s staging is on point, the script is lackluster. The concept isn’t exactly new and the script seems like a rush job. It’s unfortunate because I enjoyed previous work by Rajawat at the 10x10x10 (read that review here) but this piece just doesn’t seem up to par with the previous work. Great performances and staging save this piece and the performers and Director should be applauded for their efforts.

Starting off Act II we have I Saw This is Paducah by Rich Espey, Directed by Matthew Shea, with Jenn Skarzynski as Barb and Jenn Alexander as Alice, and Rob Vary as Announcer is in the list of my favorites of the evening. It’s an immersive piece about two friends who are regular theatre goers, especially of the short works festivals, such as 10x10x10. Shea’s staging is spot on including the audience but not getting in our faces, which is a perfect blend. Espy seems to be poking fun at more conservative, old fashioned views of the world, but he does so subtly and not facetiously. Skarzyski hits the nail on the head in her portrayal of Barb, the narrow-minded, dominant, outspoken patron who wants everyone to abide by the rules and Alexander performs her character, Alice, with just enough meekness to feel sorry for her, but also enough chutzpah that you know she can take care of herself. All around, it’s a great piece with a good production value. Kudos to all. 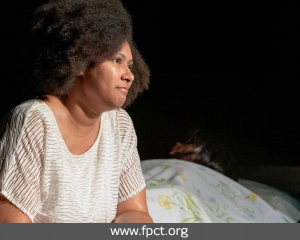 Mira by Tatiana Nya Ford, Directed by Donna Ibale with Dana Woodson as Woman and Jared Michael Swain as Man is a poignant and thoughtful piece about a woman in a coma who is to reconcile her reality with her fantasy. It’s a 10-minute, fast-paced monologue that seems to be stream-of-consciousness and Woodson chews it up and spits it out marvelously. She has a good handle on the material and presents it confidently, making for a great showing. Ibale’s staging is simple, but effective and puts the audience in the mind of this woman. In Swain’s short stage time, he emotes the emotions of his character, the son of the woman in the coma, and brings the entire piece home. Kudos to all inovled.

Beer Bottle Bug by David J. Hills, Directed by Matthew Shea, with Karen Shantz as Carrie and Christian O’Neill as Ty is a fanciful, humorous piece about a woman who thinks she has certain supernatural powers and it’s delightful. Not one of my favorites, but certainly entertaining. Hills creates a world where the impossible seems possible and leaves the audience wondering, which any good book should do. Shantz and O’Neill portray their modern characters effortlessly and have a great chemistry adding to the production value. Shea’s staging is appropriate and easy to follow making it a well-rounded piece to be included in this production. 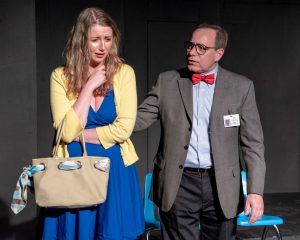 The Home for Retired Canadian Girlfriends by John Bavaso, Directed by Steve Goldklang, with Tom Piccin as Rupert and Grace O’Keefe as Tiffany is probably one of my favorites of the evening. Bavaso creates an imaginary world where imaginary girlfriends go when they are no longer needed. It’s relatable, current, and relevant with a solid script and concept. His dialogue is easy to follow and natural. Goldklang stages it simply but keeps it engaging all at the same time, which is no small feat for a short piece. Piccin and O’Keefe shine in their roles and bring out the comedy and tragedy of these characters and this piece as a whole.  Their effective and praise-worthy performances drive this play along with their natural delivery of the dialogue and spot on comedic timing. A major kudos to all involved in this piece.

Knock Knock by Rich Pauli, Directed by Steve Goldklang, with Christian O’Neill as Dave and Jenn Alexander as Francesca was a curious choice to end this production, but I can understand the reasoning. It concerns itself with the last man on earth and his Amazon Echo. Reminiscent of Stanly Kubrick’s 2001: A Space Odyssey, the Amazon Echo takes the place of H.A.L., even stating “I’m sorry, Dave, I can’t do that,” at one point. It’s well performed, Goldklang’s staging is superb, and Pauli’s script is current and well-written, but the concept has been done over and over again. It’s hard to freshen up an old concept such as “the last man on earth” but Pauli does his best and the piece is entertaining. O’Neill brings a certain urgency and panic to the character that is required and makes for a terrific showing and overall good presentation of the piece.

Final thought… 10x10x10, is a quirky menagerie of very original and fun 10-minute plays that keep the audience engaged and even thinking, at times, some are better than others, but all of them have heart. The performers are grasp the concepts of these short pieces nicely and the directors seems to have good comprehension of the material making for an enjoyable, entertaining, and even thought provoking evening. Kudos to the authors for putting themselves and their work out there and I’m very interested to see more of their work in the future.

This is what I thought of this production of 10x10x10 at Fells Point Corner Theatre.… what do you think? 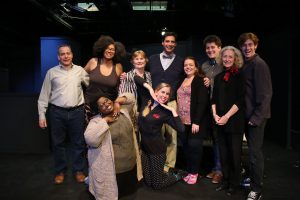 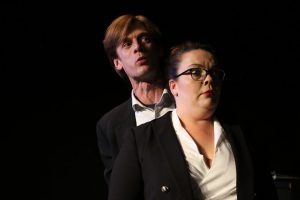 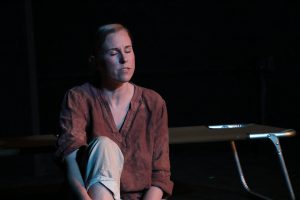 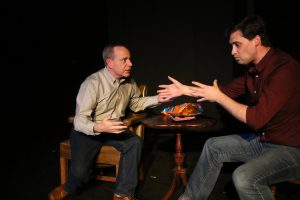 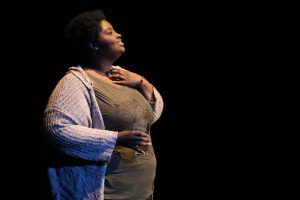